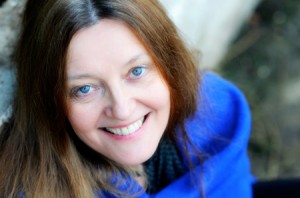 The only party I’ve ever been a member of is Labour. I used to campaign up and down Dalry Road in Edinburgh with Alistair Darling. But when Tony Blair became leader (i.e. before he became PM), I left the party. Labour has lost the plot, and neither Alistair Darling, nor Gordon Brown, nor indeed Ed Miliband – not one of them is likely to reclaim the founding principles of Labour. The LibDems are in melt down.

UKIP’s on the rise, with Boris Johnson in the wings. Labour voters in the north of England are turning to UKIP. The United Kingdom could very likely be out of Europe in the not too distant future – English voters have always been generally Eurosceptic. Scotland is generally not. Because of this, and indeed for many reasons, Labour voters, among others in Scotland, are turning to Independence, looking for new ways of reforging democracy. We need to be in charge of our Welfare system, scrap the Bedroom Tax, get rid of Trident.

If Scotland votes NO on Thursday, I reckon it very possible that ‘boots will be on the ground’ again soon in Iraq, and we may well be dragged into Syria, not just digging ourselves into an even deeper hole, but falling into the now bottomless pit that Tony Blair dug; and Cameron knows that if he does that before Thursday, a YES win in Scotland would be certain. I don’t want to be part of a British Empire that is still policing the world, releasing hideous genies in the Middle East.

My parents are English, from Lancashire, Socialists all their lives, and they are voting YES, as are many English people living in Scotland – I imagine you have seen the English Scots for YES website.

This is not about narrow nationalism. It’s about a whole raft of issues and political facts that have converged.

I went the other night to Blantyre Miners’ Welfare hall, to see Chris Dolan’s excellent, thought-provoking, moving (and at times very funny) one man play The Pitiless Storm, performed brilliantly by David Hayman, who has been touring it throughout Scotland. (You can watch the last speech on line – just Google The Pitiless Storm last speech).The audience was packed. In the Q & A session at the end, members of the audience again and again expressed the profound alienation they felt, utterly let down by Labour, and completely divorced from Westminster politics, its shocking elitism. This audience represented what has been hard core Labour land. People are thinking. Thinking hard.

That’s what’s good about this referendum. A whole generation has become politicised, as seen in the film Scotland Yet, which is available on line until the polling stations close on Thursday night. Young people thinking about society and democracy. And that film also shows how a most amazing project in Orkney, based on tidal energy technology, already advanced, could serve a population of 5 million. Scotland is leading the way in renewables. Fascinating, hopeful stuff.

From Lesley Riddoch’s book Blossom, and the organisation Nordic Horizons that she’s involved in, we can learn about different societal models, about how and why the UK is so unengaged at the level of local democracy – Scandinavia is way ahead of us in this respect.
I know, am connected to, and in many ways love England. I trained in London, have worked in England throughout my professional life, on and off, have family and friends there. But I’m not at all drawn in by the nonsense from the Better Together campaign about borders and passports. I visit Ireland often – Eire, travelling from Belfast southwards, and you drive over the border without knowing it. It just isn’t an issue. I was on a poetry reading tour in centra l Europe in July, in Czech Republic, Slovakia and Poland, on and off trains, in cars, crossing borders, and, like travelling from Northern Ireland to the Irish Republic, it simply wasn’t an issue – didn’t have to show my passport, no request for identification.

I was fascinated to learn that when Czechoslovakia separated into Czech Republic and Slovakia, in 1993, this was actually done without a referendum! This was when the wonderful playwright president Vaclav Havel was in charge – his memory universally deeply revered by Czechs and Slovakians. I asked many Czechs and Slovakians about this question, and they said that, at the time, there was disgruntlement at the lack of a democratic process towards separation – I guess there would be!! – but that the result has actually been beneficial, and that they live side by side as peaceful neighbours. Slovakia went with the Euro, while Czech Republic still has its koruna. (I was dotting back and forth between the two countries, and in Brno and Ostrava, when I ran out of korunas, they accepted my Euros in quite a few places with no fuss whatsoever.) If you look on line at the list of countries by income equality, i.e. the gap between rich and poor in all individual countries of the world, Czech Republic and Slovakia do very well. Interestingly, the UK does less well than Russia.

This referendum has nothing to do with how ‘Scottish’ the citizens of Scotland are. I have Polish and Hungarian friends, living and working here in Scotland who are voting YES for many of the reasons I’ve outlined above. And I have another Polish friend who, having lived here for years, working incredibly hard, paying his taxes, returned to Poland permanently last Spring, largely because he did not like what he was seeing at Westminster, and was afraid of what the UK is becoming. We miss our friend Marek.

I am not taken in by a last minute signed pledge from the leaders at Westminster. There is no guarantee that they will deliver anything after a NO vote. William Hague has already stated a few days ago that Devo Max is not Conservative Party policy. And Boris Johnson says he doesn’t see the point in it at all. Conservative back benchers are rumbling with discontent at this latest panic measure – they have not been consulted, and are determined that such a constitutional changes will never see the light of day. Cameron is posturing, and in doing so, is only stoking support within his party for Boris Johnson – the politician, let us not forget, that most people thought couldn’t possibly be elected as Mayor of London.

We have a YES placard at the foot of our drive, on the A702. Someone scrawled on it “Be careful what you wish for.” I and my family are careful. We are full of care, we’ve thought about this. Just as so, so many people are doing. And we will exercise our democratic right on Thursday, along with our fellow citizens.

Here’s to a new Scotland, whatever the outcome!